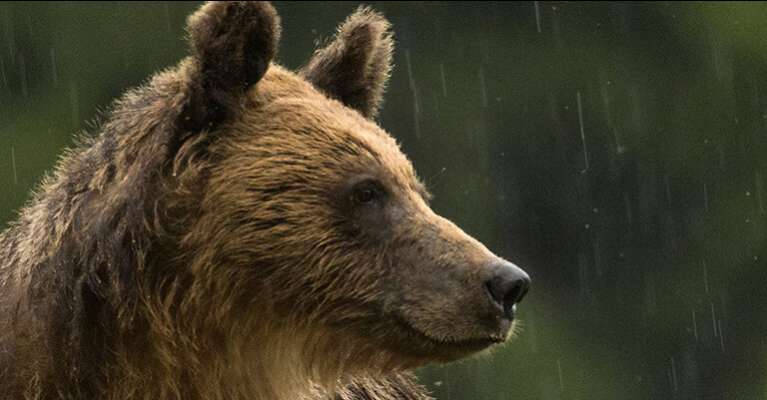 The war in Ukraine has caused immense human suffering and destruction to infrastructure as well as to the natural environment, with long-term implications for the Ukrainian people and economy. More than 6 million people have no or limited access to clean water, and over 280,000 hectares of forests have been destroyed or felled.

While the end of the war is still unknown, it is clear that Ukraine will need the largest reconstruction plan in Europe since World War II.

“Ukraine: a sustainable economic recovery for people and nature”   is a joint report, written and produced by WWF Central and Eastern Europe and WWF-Ukraine together with the Boston Consulting Group (BCG). It makes the case why post-war reconstruction of Ukraine must be climate- and nature-positive, and provides recommendations on how this can be done to support the people and government of Ukraine.

WWF-CEE is appalled by the escalating Russian aggression in Ukraine, which violates both the United Nations Charter and international humanitarian law. We condemn the alarming measures, extreme violence, destruction and the attacks against civilians in Ukraine. Our hearts and thoughts are with everyone who is affected by this war, especially the people of Ukraine who are suffering and all those in the impacted regions.

The catastrophic humanitarian crisis is deepening rapidly and an environmental crisis looms larger with every day that the war continues across Ukraine and the region. We stand together with our colleagues, those affected and everyone around the world that is hoping for a peaceful resolution. Peace among people is the foundation of building a future in which people and nature thrive.

We are trying to keep contact with and provide any assistance we can to our Ukrainian colleagues, several of whom remain in Kyiv, while others are in the Western part of the country or abroad.

We are working for a world in which people live in harmony with nature - around the world, and in Central and Eastern Europe. But this is only possible if there is peace between humans.

We express our deepest sympathy, solidarity, and support to our colleagues and their families and to our friends. Our thoughts are with you!

Despite this rich heritage, the countries of Central and Southeastern Europe are more challenged than their neighbours to the North and West. They have to endure less stable economies, fluctuating  governance and struggling civil society and media. While our countries benefit from membership or proximity to the European Union, they nevertheless face environmental problems not dissimilar to those of the global South and East.

We are here to save the globally important forests, rivers, wetlands and species in the “Green Heart of Europe”.

The “Green Heart of Europe” is saved and people live in harmony with nature.

As the first multi-country, self-governing member of the global WWF network, WWF-CEE is  pioneering a model for empowering and embedding WWF in smaller countries and markets. It is active in seven countries of Central and South-Eastern Europe, including legal entities in five countries (WWF-Romania, WWF-Hungary, WWF-Bulgaria, WWF-Slovakia and WWF-Ukraine) and an Austrian-registered association serving as Secretariat. It also manages WWF activities via consultancies and partner organisations in the Czech Republic and Moldova. 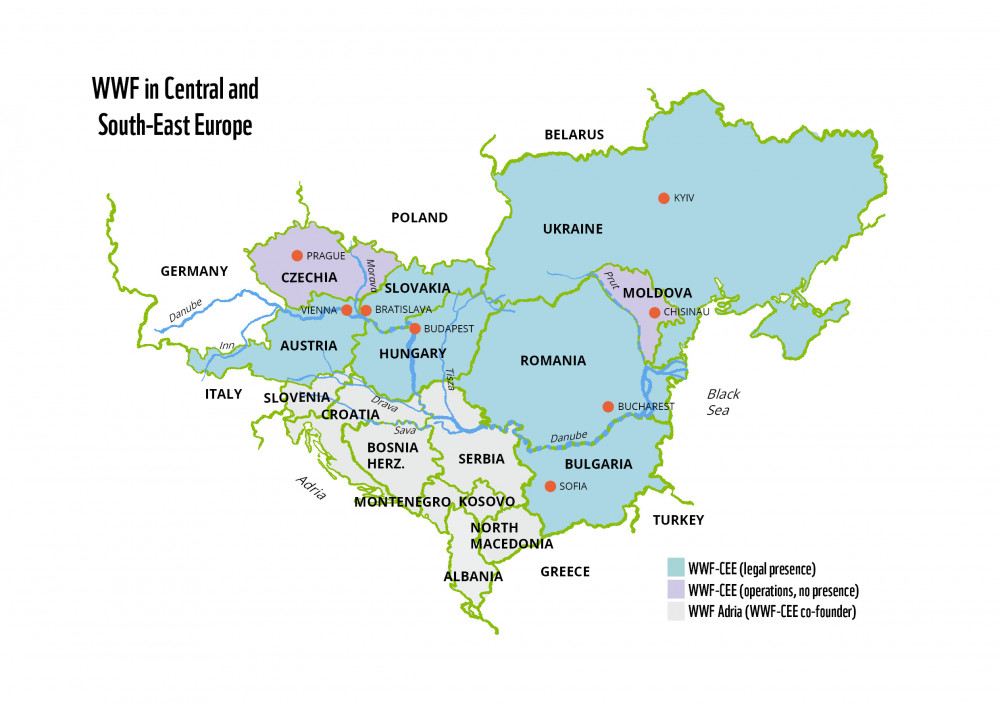