Climate Heroes: Youth in the fight against climate change

WWF encourages young people in Central and Eastern Europe to launch Climate initiatives
Dozens of reports and research show that the climate around us is changing, altering the world we know and the lives we ​​lead. Scientists are certain that global warming, melting Arctic ice and the natural disasters that follow are the result of human actions or inactions. One of the most important missions of the WWF, an organization dedicated to nature conservation and fostering harmony between nature and people is to combat the climate crisis. To accomplish that, WWF is looking for Climate Heroes!

Many young people in Central and Eastern Europe are not aware of the climate impact of their way of life and do not understand the need for urgent action in this direction. Whereas awareness of climate change as a visible worldwide problem is high among the young people (83%), the majority of them lack experience in personal engagement on the topic. Only about a quarter of the young people feel personally very concerned about climate change.

A big portion of them are not aware of any action or initiative addressing climate change in their country (76%) but are eager to take action and mostly share the view that their example can change the attitudes of people. According to the conclusions of the sociological survey conducted in four countries of Central and Eastern Europe only 19% of the young respondents can be described as “active” on the topic of climate change.

AND HERE WWF INTERVENES WITH AN INTERESTING INITIATIVE ...

The Climate Heroes project works with young people between the ages of 15 and 24 and aims to raise awareness of the climate crisis and the consequences of wasteful consumption locally and globally. The project trained around 120 young people from Central and Eastern Europe with the ambition to turn them into climate leaders of their societies. The goal was for those young leaders to become Ambassadors of our Planet and to inspire their peers around the world to live in a way that is responsible to both people and nature. This is achieved by the development and implementation of a Youth Empowerment and Leadership Skills Building Program, including workshops for green solutions, climate-friendly lifestyles, media, policy advocacy, and many others.  The experience and lessons learnt from the trainings held in the project were developed into a guide to help young people become active citizens that have the knowledge and the experience to make a real change in the society.

The idea is for the youth to launch dozens of climate initiatives, which in turn will involve even more of their peers, representatives of local communities and even decision-makers.  Based on the acquired knowledge and the experience from these training sessions, the young people have started their own green initiatives which were presented at national events in each partner country where the best initiatives were selected and awarded. The winners participated in Regional Forums where they could share their work with other young people from the partnering countries and had the opportunity to exchange experiences.

The search for Climate Heroes began in the spring of 2021, and as a result, 49 young people from Bulgaria, Romania, Serbia and the Czech Republic went through the educational program of the Climate Heroes project. Joining forces, they launched in total 20 initiatives, the 12 most impactful tackling climate change initiatives were presented during a regional forum hosted by WWF-Bulgaria in the autumn of 2021. During the event, the participants presented their initiatives and exchanged experiences on pressing environmental cases.

Among all the presented initiatives an international jury selected three of them who were awarded as most impactful initiatives: “VEDU clothing”, “Romanians on a pedal”, and “Community Fridge”. The young people who created them received certificates and were awarded with video equipment so that they could continue to further develop their skills and motivate others with their actions.

The work of the new Climate Heroes project continued in 2022 with its second stage. It fulfilled its ambition to inspire 64 more climate heroes between the ages of 15 and 24 who participated in the second round of trainings in the four partnering countries – Bulgaria, Czech Republic, Romania and Serbia. National events were held in all of the countries in the spring of 2022 and the most impactful youth initiatives were chosen to continue their participation at the Regional Forum on 2 July 2022 in Brno, Czech Republic. The regional event brought together 33 creative young environmentalists who presented 11 initiatives in total. They had the unique opportunity to share their powerful ideas and meet with like-minded peers face-to-face in order to share experiences and get inspired for new actions.

The winners at the Regional Forum 2022 whose initiatives received the award of the international jury were: “Eco-gym”, “Eko nádych pre mladých” and “We can Do It”. However, all the initiatives are very interesting and have high potential for further development. WWF is grateful to have helped and inspired these young people for their amazing projects.

HOW DO WE CONTINUE?

Although the Climate Heroes project ends on 30 September 2022, WWF will continue this work to engage more young people in the fight against climate change. Everything that was achieved in this project will serve as an example and inspiration for others to start out new initiatives and climate actions.

As for our Climate Heroes from the project – many of them have already continued with even more ambitious and impactful projects. We are proud of them!

The Climate Heroes project is implemented by WWF-Bulgaria, WWF-Romania, WWF Adria-Serbia, the United Nations Association in Bulgaria and the Czech Environmental Partnership Foundation.

This project is part of the European Climate Initiative (EUKI). EUKI is a project financing instrument by the German Federal Ministry for Economic Affairs and Climate Action (BMWK). The EUKI competition for project ideas is implemented by the Deutsche Gesellschaft für Internationale Zusammenarbeit (GIZ) GmbH. It is the overarching goal of the EUKI to foster climate cooperation within the European Union (EU) in order to mitigate greenhouse gas emissions.

The opinions put forward on this website are the sole responsibility of the WWF and do not necessarily reflect the views of the Federal Ministry for Economic Affairs and Climate Action (BMWK). 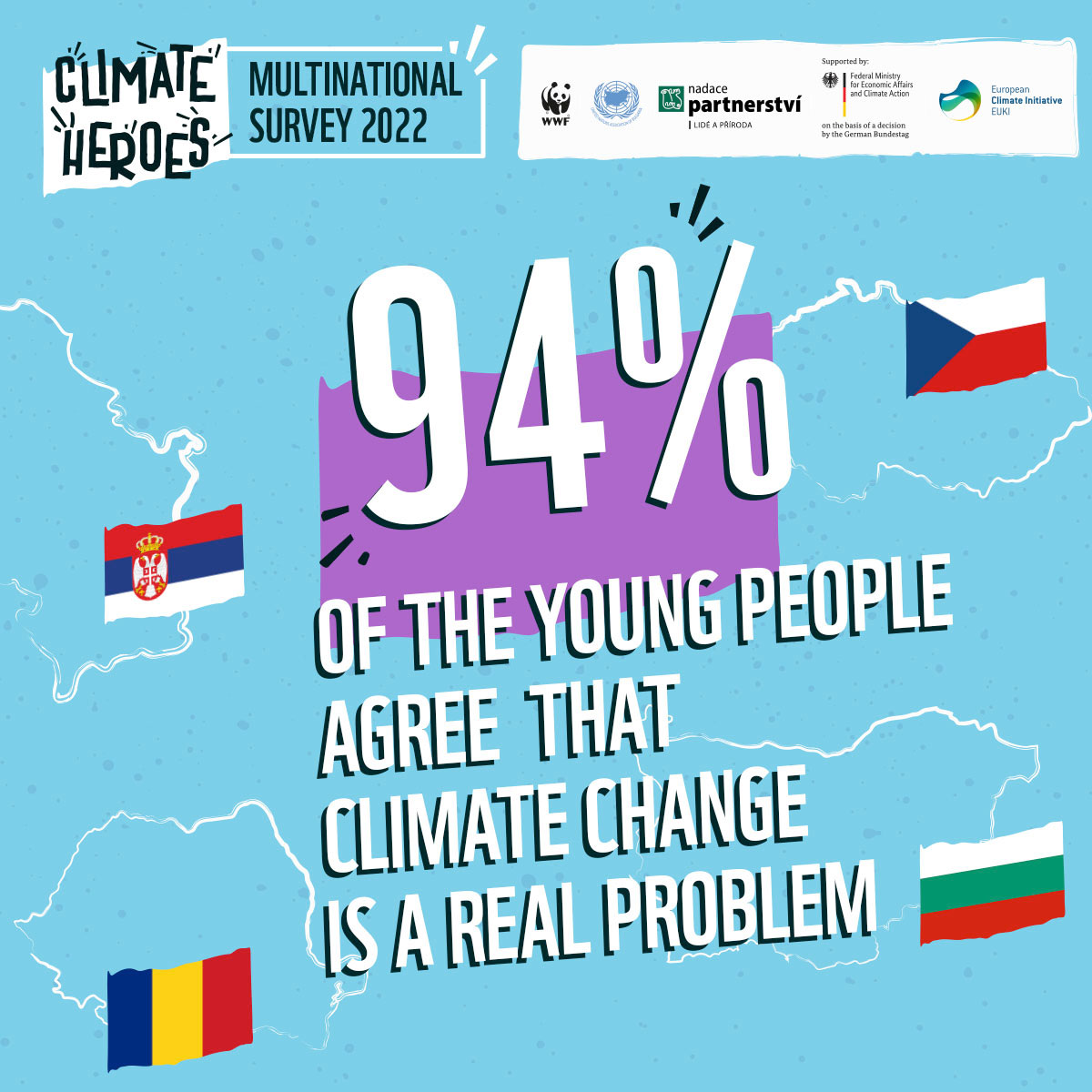 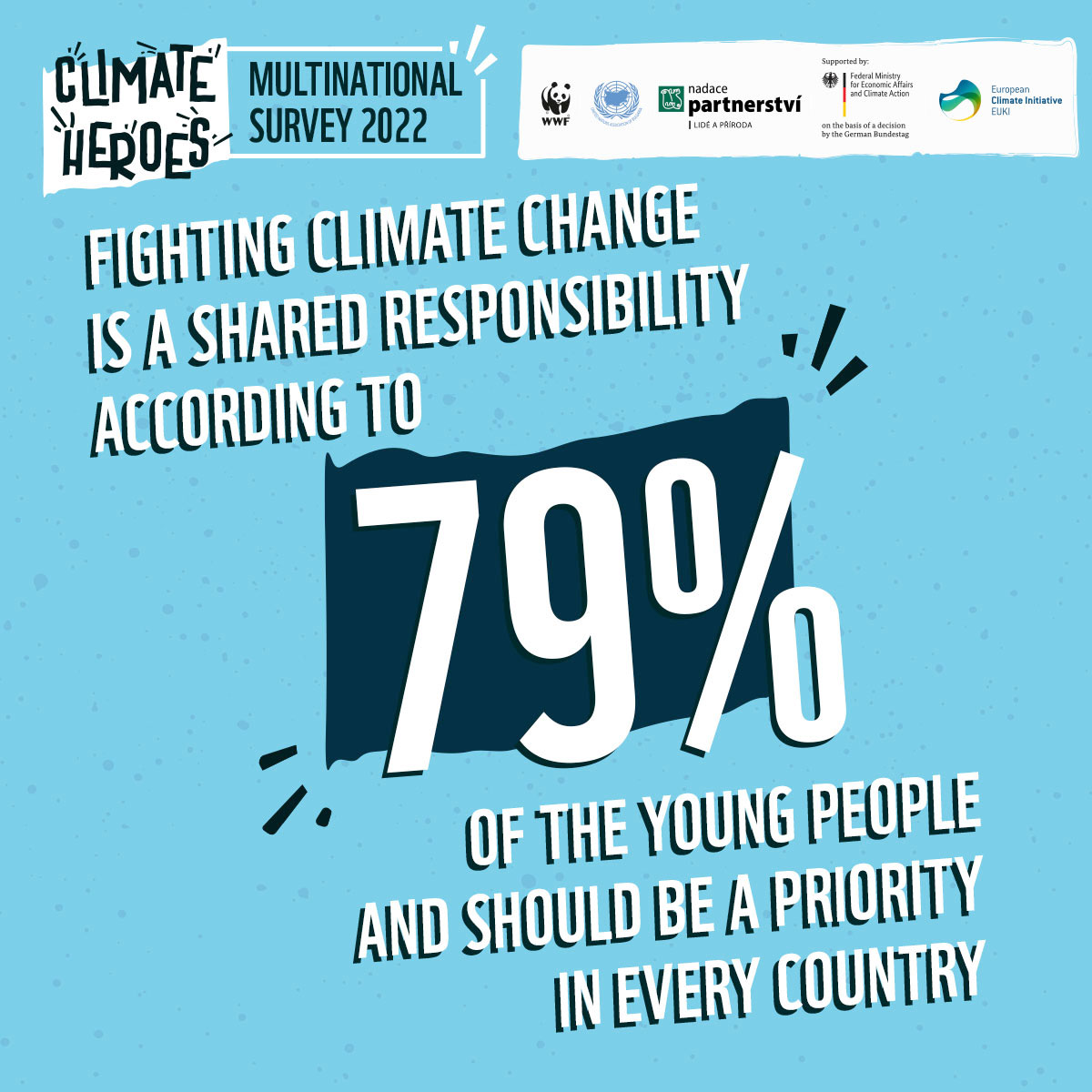 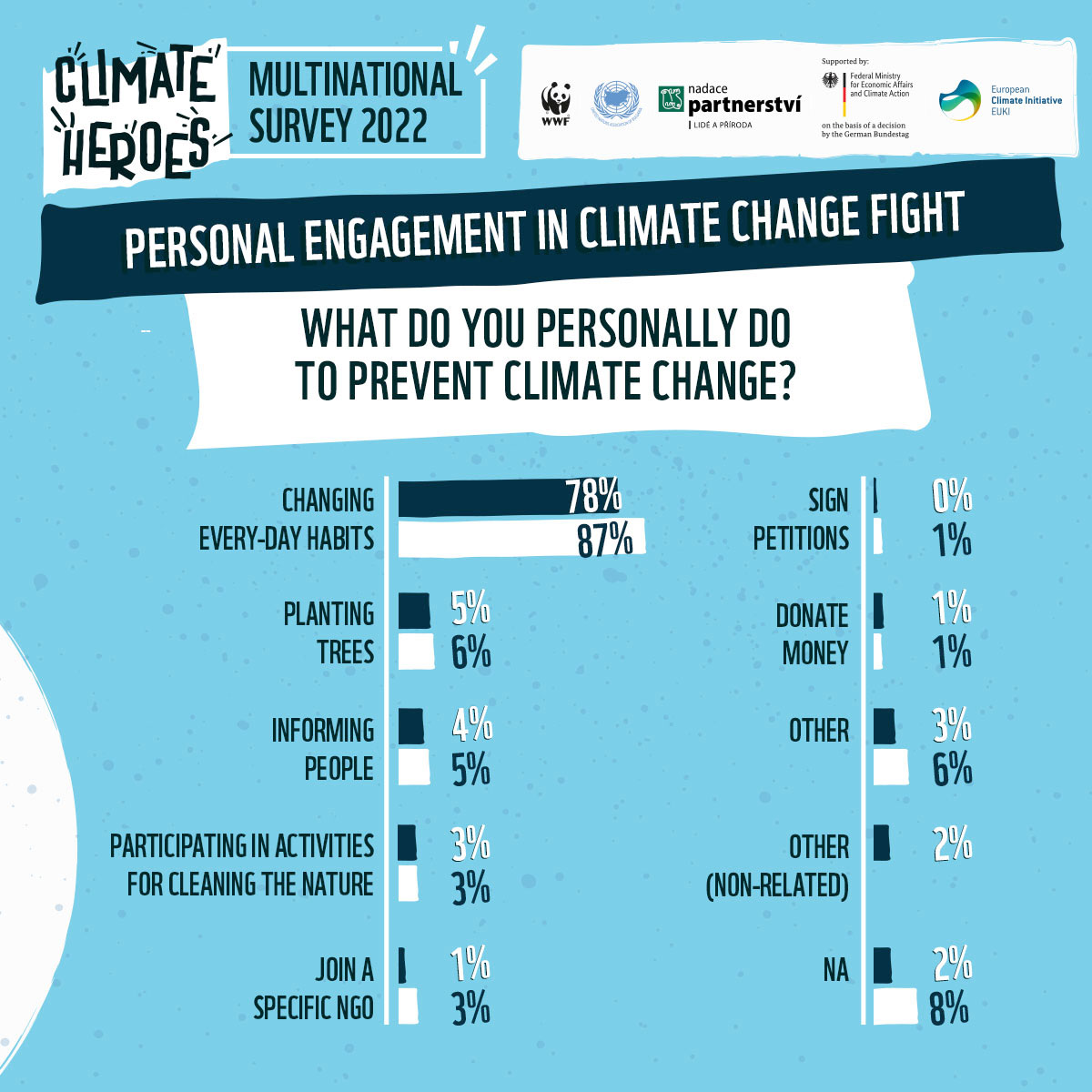 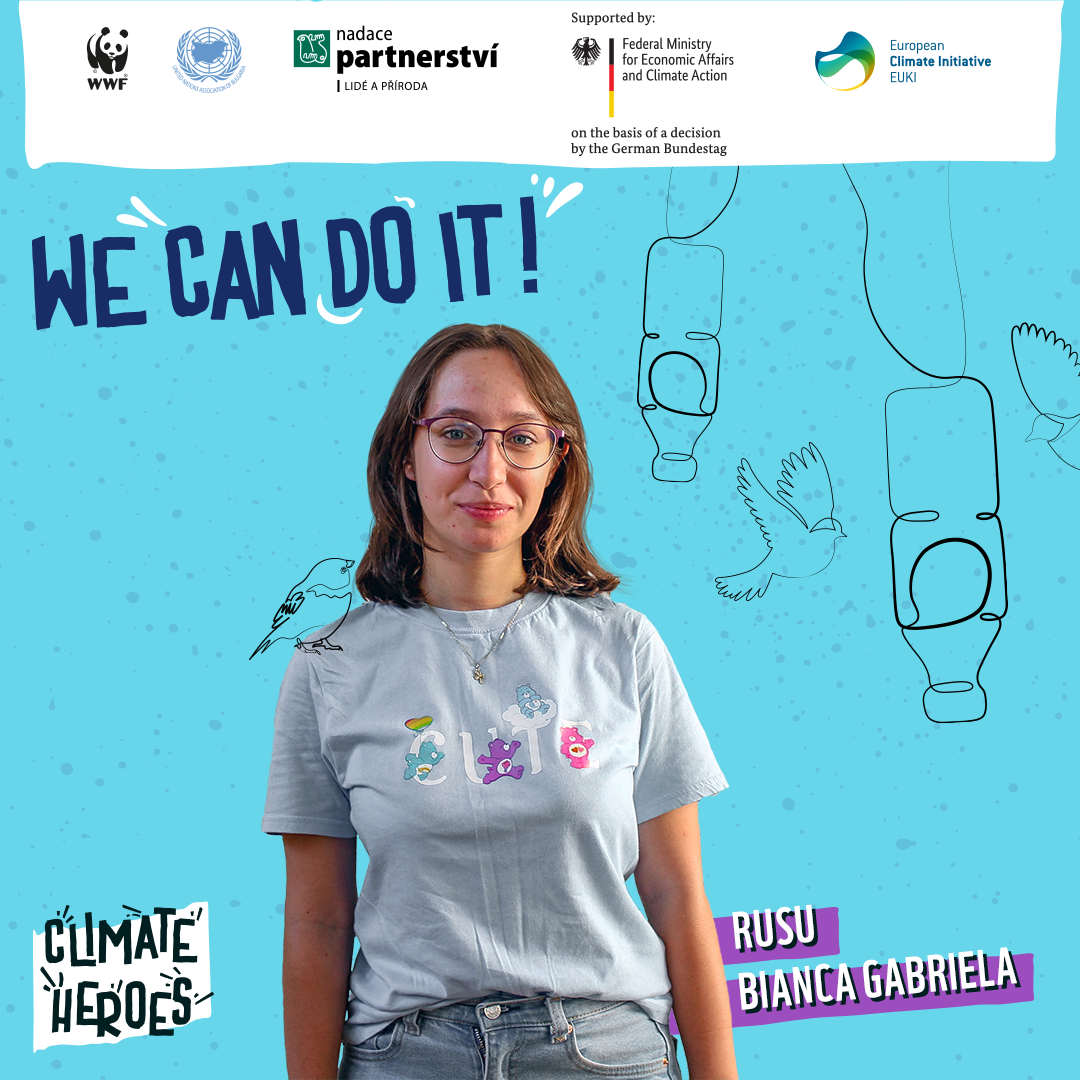 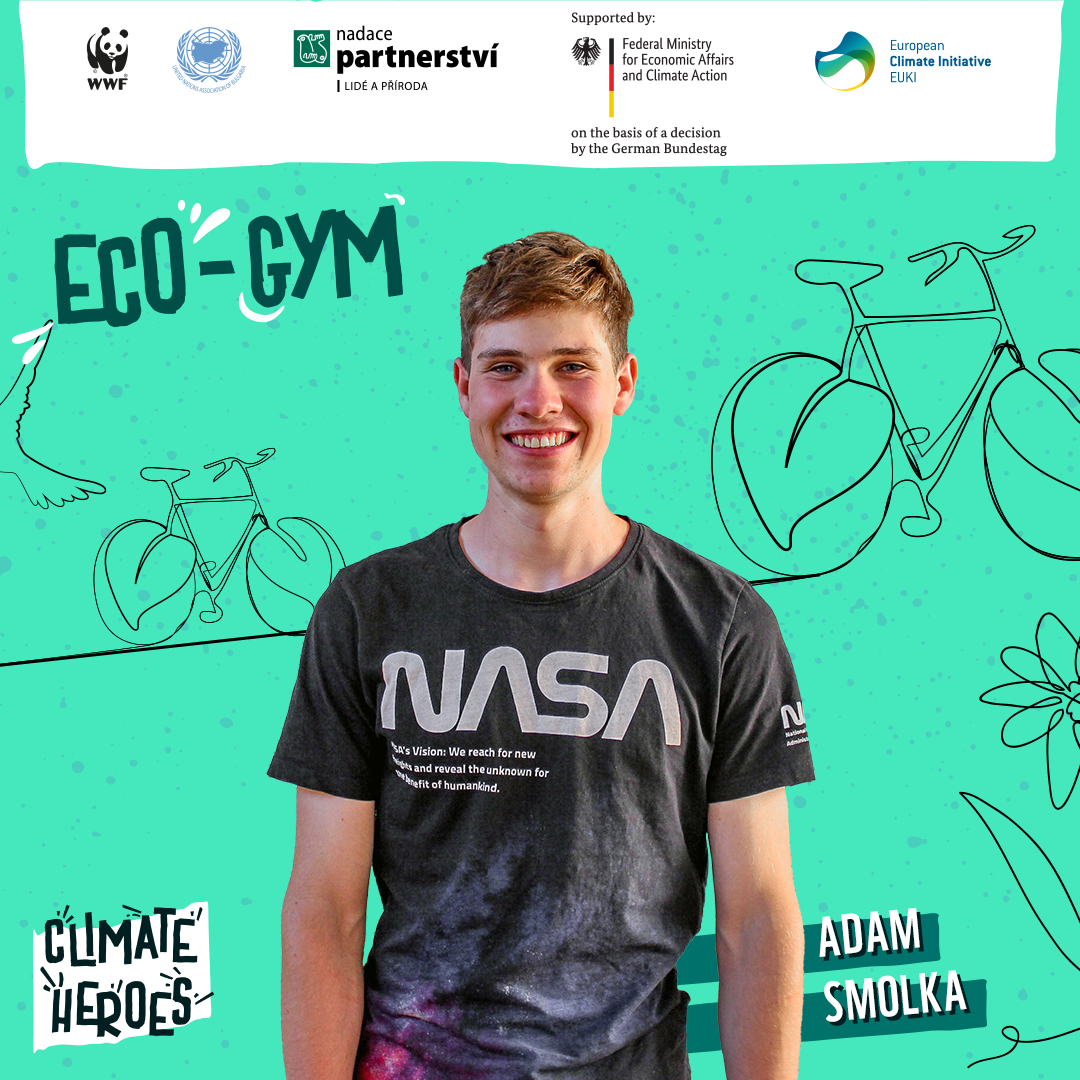 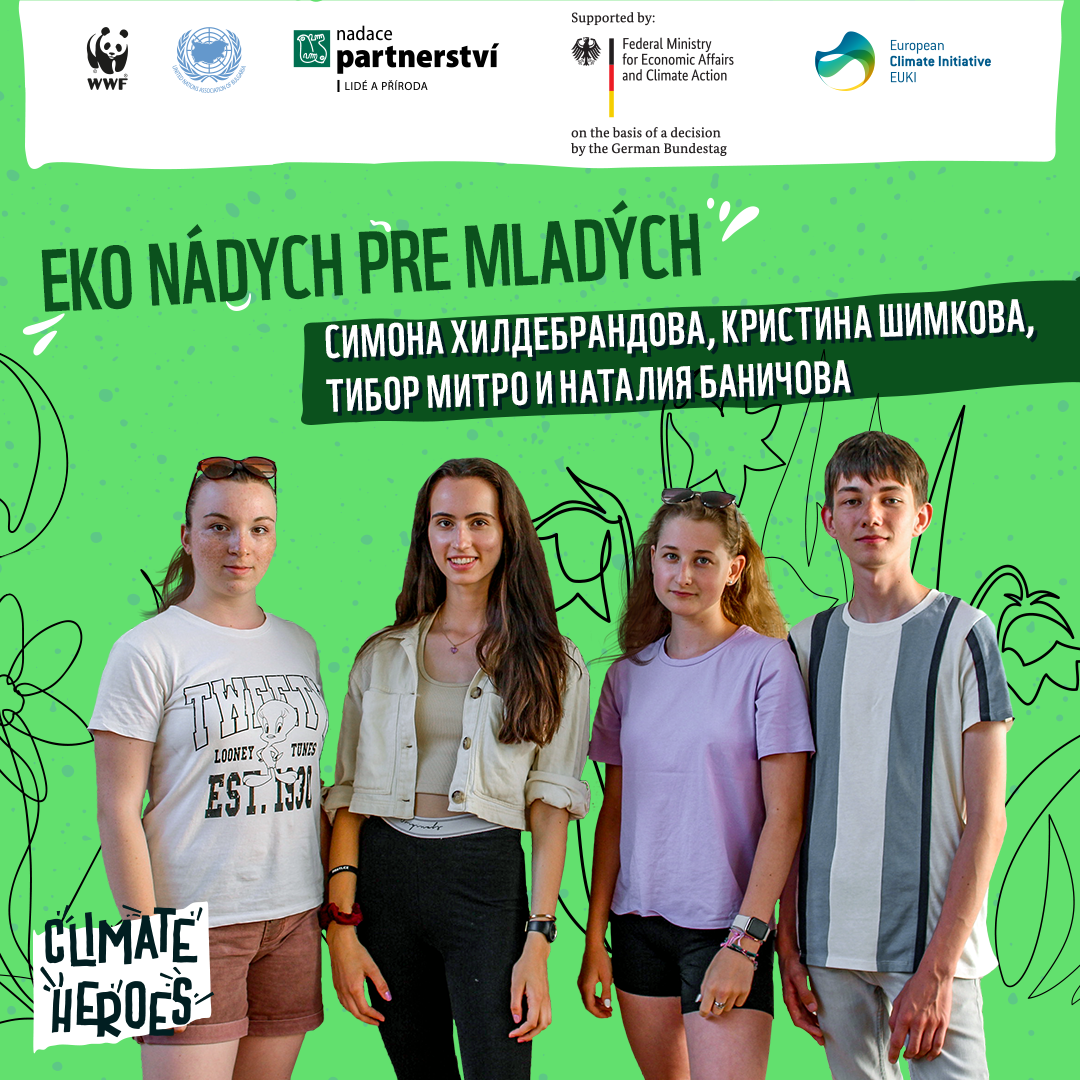