This follows news of an indefinite ban on sturgeon fishing in Romania last week.

11 May 2021 - The wolf will become a fully protected species in Slovakia as of 1 June 2021. The massive campaign for full protection of wolves was supported by 31 NGOs, including WWF-Slovakia. The joint petition to stop wolf hunting received more than 51000 signatures. The annual wolf hunting quota is determined by the Ministry of Agriculture. For the 2020-2021 season (November 1 to January 15), the Ministry approved the hunting of 50 wolves. The quota for the previous year was 35 individuals.

The Danube-Carpathian Region – also known as the Green Heart of Europe - is home to some two-thirds of Europe’s populations of large carnivores, including brown bears, wolves and lynx. There are approximately 12000 wolves in Europe (excluding Russia), of which 1000-1800 are found in Slovakia. Furthermore, last November the parties to the Carpathian Convention adopted an international action plan to conserve large carnivores and ensure ecological connectivity for them. This is why conservationists and even the European Commission have been consternated as to why Slovakia has continued to allow wolf hunting and set high annual quotas until now.

A European Commission infringement process was launched against Slovak Republic (No. 2013/4081) in 2013 for breaching the obligations stemming from Council Directive 92/43/EEC on the conservation of natural habitats and of wild fauna and flora (the Habitats Directive). This resulted in a wolf hunting ban in  Natura 2000 sites, but even so, hunters in Slovakia have legally killed almost 1,800 wolves since 2000. In addition to legal hunting, wolves are also endangered by illegal hunting.

WWF-Slovakia, in cooperation with more than 30 other organisations, pointed out their campaign that partial territorial protection during the hunting season cannot prevent the killing of wolves whose territories cross the borders of protected areas. Conservationists also argued that wolves have the potential to contribute to reducing damage in forestry and agriculture. Damage caused by deer and other ungulates to agriculture and forestry in Slovakia has been estimated at tens of millions of Euros in recent years.

‘Wolves, as top predators, play a vital role in keeping nature in balance. If we really want to protect wolves, we must protect them along with their habitats and movement routes. We have record numbers of deer or wild game at the moment, but a healthy wolf population also has a positive impact on the landscape. It reduces the population of deer, prevents damage of young trees and supports restoration of natural forests. There is no reason for wolf hunting in our country.’ - Jerguš Tesák, Large Carnivore Expert, WWF-Slovakia

These ecologically critical, strictly protected and culturally significant mammals are threatened not only by illegal hunting, but also by increasing fragmentation and shrinkage of their habitats brought about by the construction of roads and other infrastructure. Despite challenges, in recent years large carnivore populations, particularly wolves, have expanded both within our region and to other parts of Europe - often putting them into closer proximity with humans and leading to new challenges.

Therefore, if we do not change our approach quickly, the long-term survival chances for large carnivores in our mountains will be severely limited. WWF Central and Eastern Europe’s SaveGREEEN Project and Open Borders for Wildlife in the Carpathians (and earlier ConnectGREEN and TransGREEN Projects) focus on this problem. Some green bridges have been built over highways in Slovakia, and more are planned. More importantly, plans for future highways now include viaducts below to ease wildlife migration. However, green bridges or underpasses only help to maintain ecological connectivity if we know and protect the full length of ecological corridors from the initial planning phase. Migration corridors are still largely ignored during the infrastructure development decision-making process for the expansion of roads, rails, cities, villages and recreation zones. In addition, WWF is working with farmers, livestock keepers and beekeepers to protect their livelihoods and reduce conflict with wildlife by providing electric fencing and traditional breeds of shepherd dogs.

‘We must halt and reverse biodiversity and habitat loss by 2030. Within this framework, we concentrate on protecting the natural habitats of large carnivores including their ecological corridors, avoiding unsustainable management practices, improving connectivity at the landscape level, reducing illegal killing, improving large carnivore-human co-existence and reducing conflict, and promoting sustainable use of natural resources.’ - Miroslava Plassmann, CEO of WWF-Slovakia.

Slovakia provides compensation payments to farmers for losses from wolf attacks. New legislation is being discussed and reviewed by the farming community which will hopefully address their call for more effective and simplified compensation procedures. 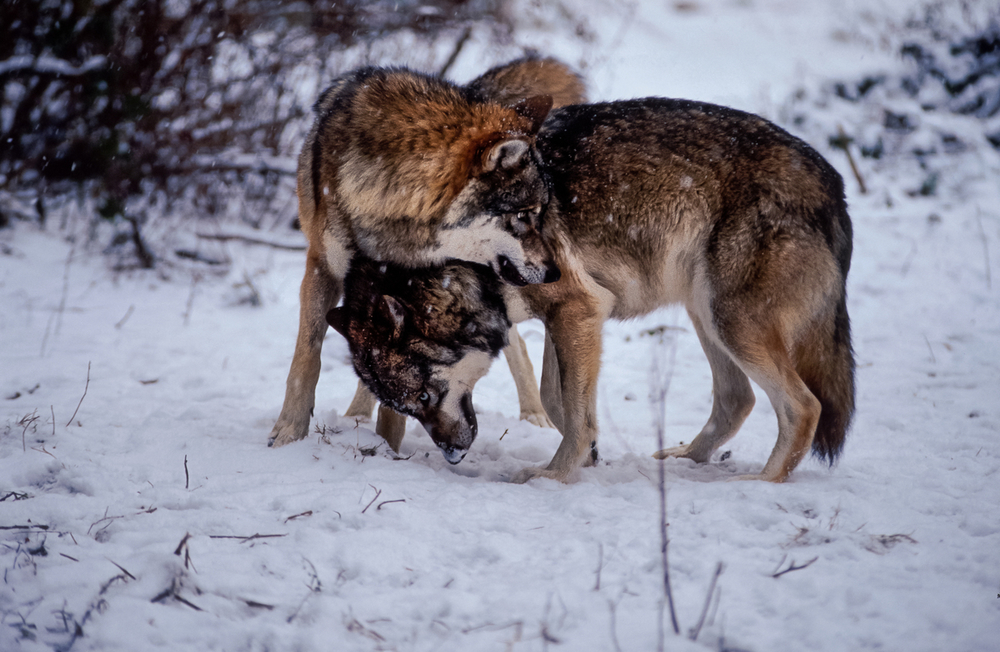